Please meet Rylie, Rheann and Ainsley who are all fighting childhood cancers
A heartwarming photo of three young girls from Oklahoma who are fighting cancer has inspired thousands of people after it went viral online.

Above is the picture, showing Rylie, 3, Rheann, 6, and Ainsley, 4, was taken to raise awareness of childhood cancer.
It shows the girls, who had never met before the photo shoot, hugging as they unite in their battle to beat the disease.

The owner of Scantling Photography in Bethany rallied the support of two children’s clothing boutiques and Goodger Photography to provide everything she needed for the photo shoot.
She said: ‘I wanted to capture something that would speak a million words in a single portrait. Bringing awareness to childhood cancer holds a special place in my heart.’
The cause is particular poignant for Ms Scantling, whose stepfather Larry is fighting off stage 4 lung cancer. Her close friend also lost her one-year-old to leukemia.

The photographer has certainly achieved her aim, with the beautifully shot image under the banner ‘Sometimes strength comes in knowing you are not alone’.
Ms Scantling told Mail Online: ‘When we took these photos I knew they would be a big hit because of what they represented but never in a million years would I have imagined all this.
‘I am so deeply honored that so many around the world have wanted to share their story and that it is touching so many lives.’

She added: ‘I can’t tell you how many emails and messages I have received over the last few days just telling me how much the photo meant to them.
‘It’s a dream come true to have my photo be such an inspiration and to be reaching people all around the globe.’
The young girls who posed for the photo had never met before but Ms Scantling said they quickly became good friends.
On the Scantling Photography Facebook page she wrote: ‘I have never met 3 more beautiful little girls in my life – full of spirit and so happy and strong.’ 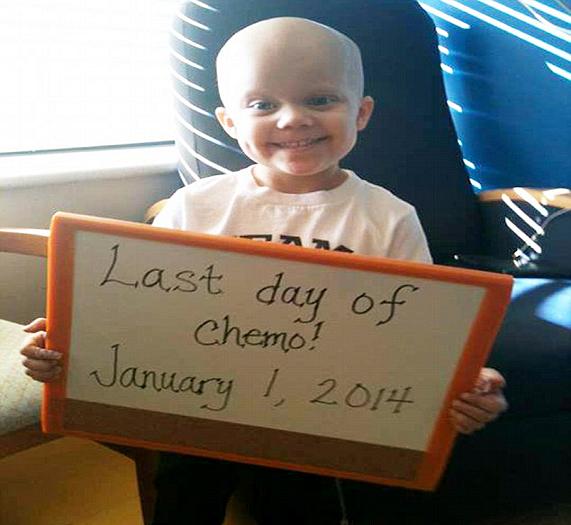 The youngest of the girls, Rylie, has just beaten kidney cancer; Rheann is still battling the rare form of brain cancer she was diagnosed with; and Ainsley is in remission from leukemia.

Fighting spirit: Rylie has beaten the kidney cancer she was suffering from
All smiles: Rylie smiles in a sweet photo before she found out she had cancer

Strong: The adorable blonde was only four when she discovered she had cancer 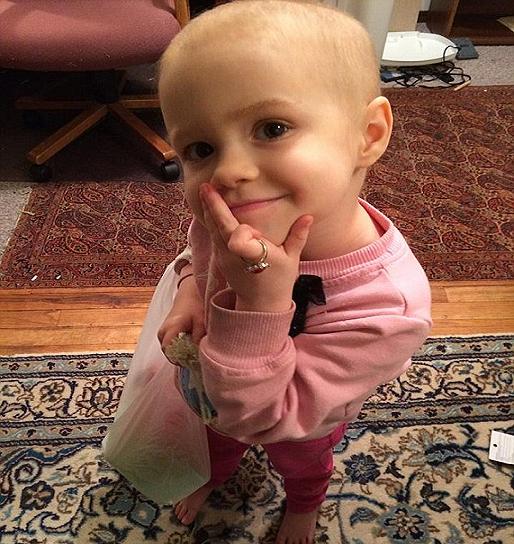 Will to succeed: Four-year-old Ainsley, who has leukemia, refuses to let her illness stop her

Playful: Ainsley, pictured before cancer was diagnosed, is in remission for leukemia

Their families love the photos and have been overwhelmed by the reaction to them on social media.
Rylie’s mother, Bridget Hughes, told News 9: ‘When you think of cancer, you typically think of adults of having cancer. I’m glad that people are seeing that there are a lot of kids out there struggling and fighting.’
Source : dailymail.co.uk